Scouting is fun with a purpose, directed towards helping boys and girls become happy, healthy, useful citizens of the world.

Braeside started scouting in the 1995/1996 academic year. Since then, the movement has grown in leaps and bounds in terms of numbers, training of adult leaders, weekly meetings, termly camping and annual patrol leaders training.

Besides this, Braeside Scouts movement has partnered with other Braeburn schools for annual camporees and are part of the International Schools' Scouts of Kenya (I.S.S.K). Other activities of the movement include picnics, community service, cookery days, Investitures, Going up and awarding ceremonies. Our annual Barbecue parties in third term involve scouts, parents and leaders. Previously, we have participated in international events (camps) in America, England, Norway and the Netherlands. Nationally we have had seven scouts awarded the highest section badge by His Excellency President Uhuru Kenyatta, who is the scouts Patron.

Our vibrant troop is No. 017 Westlands District, registered and recognised by the national office- Kenya Scouts Local Association. We have three sections: Sungura (6-11 years), Chipukizi (12-15 years) and a few members in Mwamba (16-18 years). As a troop, we have had an average of 50 scouts a year. As such, we have served over 1500 scouts to date and still counting. Our troop meetings are held on Mondays (Year 2 & 3) and Fridays (Year4-6) and (Year 7-9) with a team of Seven adult leaders (teachers/Akelas) and three volunteers from Westlands Scouts Local Association.

Recently we held a barbecue for the Primary School scouts and this is what one of them had to say; During the barbecue, we learnt different qualities of a team and how to lead. We were taught to trust and respect each other and Akelas (Adult scout leaders). We played some games which helped us to share a special bond and get to know each other by name since were were drawn from different year groups from Year two to six. We also learnt how to guide others into doing what is right. Towards the end, we shared a sumptuous meal, which we really enjoyed being the first time we were gathering together, after many months due to Covid-19 pandemic. 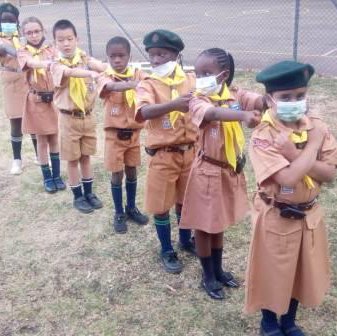 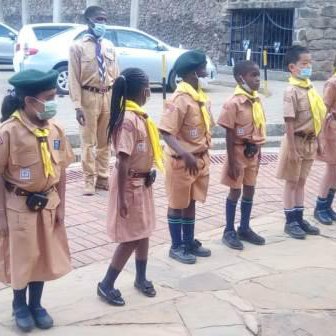 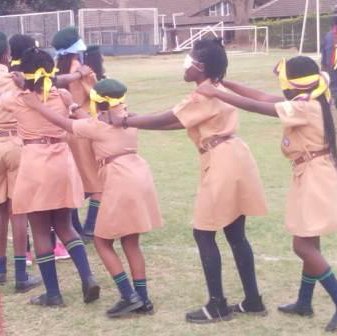 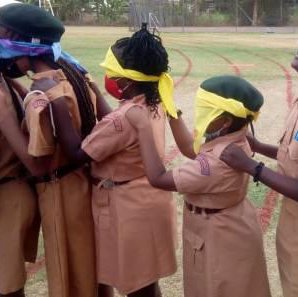 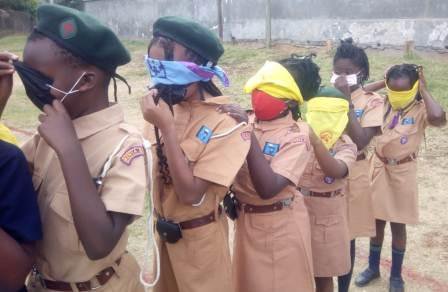